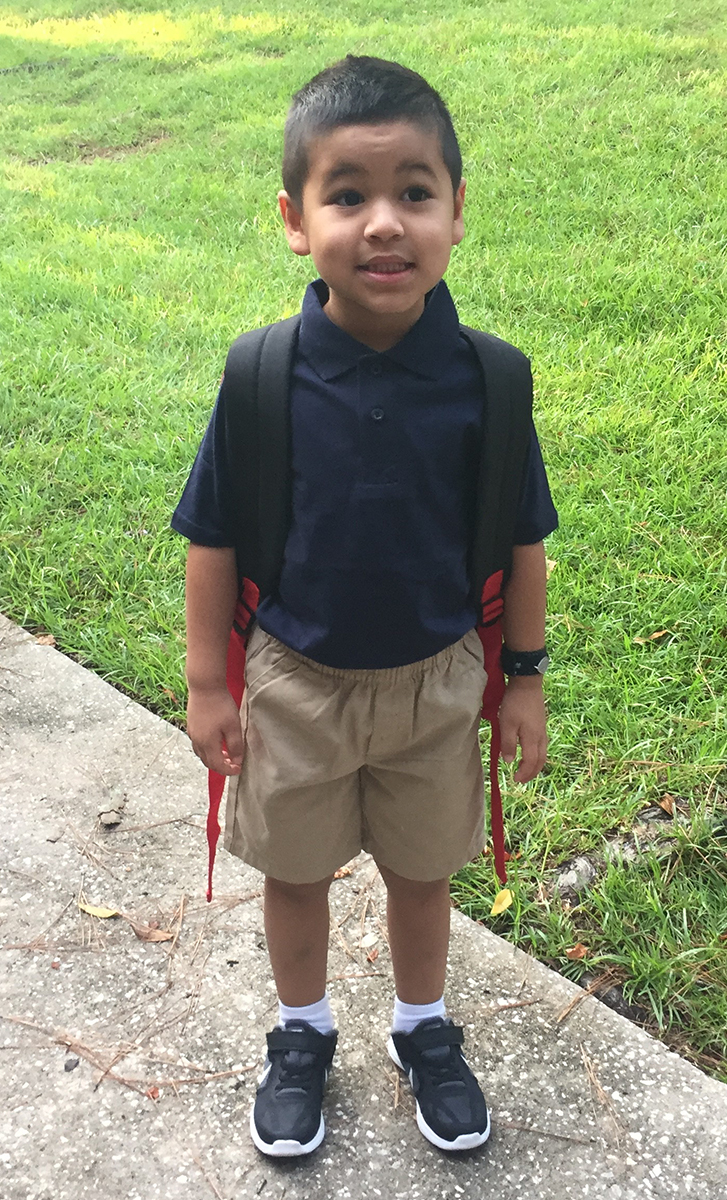 5-year-old Caden Buth loves singing, dancing and acting—but like a dinosaur or a robot. Any day spent having fun is how he would describe his best day, said Caden’s mom, Christina.

When Caden was 4 weeks old, he continued to bleed severely after a surgical procedure. His parents took him to their local emergency room near Tallahassee where the doctors began asking about bleeding disorders.

“The ER doctors contacted the on-call hematologist at UF Health, Dr. Wynn,” Christina said. “And that’s how our journey began.”

Caden was diagnosed with severe hemophilia A with inhibitors, which means his body’s ability to stop bleeding is inhibited. He receives all of his care and treatment from UF Health Shands Children’s Hospital, including factor replacement therapy, immune tolerance therapy for his inhibitor and immune suppression.

“The teams at UF Health are the most important resource for Caden’s diagnosis and bleed management,” Christina said. “They mean everything to my family and son’s care, and they always make Caden a priority. I don’t know where we would be without that. UF Health is invaluable and always puts the children first.”

While Caden’s parents try and keep him as bleed-free as possible, they find balance with his busy day-to-day activities as a 5 year old.

“We allow him to be a kid and understand that we can’t stop every bleed. He deserves to experience life as all kids do, and we try to live by this motto,” Christina said.

Caden’s resilience is matched by his boundless energy. He has had a few significant leg and knee bleeds, and even though he may be down for a while, he is back up and moving as soon as the healing begins.

“He doesn’t allow anything to keep him down and defeated,” Christina said. “He always finds a way through the bad with a smile on his face.”

For now, Caden and his family are adjusting to life with a newborn. They welcomed his baby sister to the family on December 29, 2017. Christina said they talk about plans and dreams, including what Caden wants to be when he grows up.

“He wants to be married!”

The latest from For the Kids

'>WaWa donates to CMN Hospitals in honor of grand opening

In honor of its grand opening of the Archer Road location, WaWa generously donated $1,000 to CMN at UF Health Shands Children's Hospital.